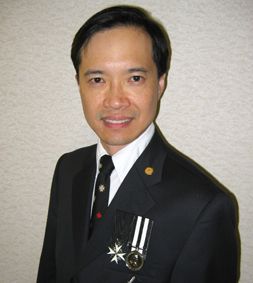 Derwin Mak is a writer of quirky science fiction and fantasy stories in Toronto. His story “The Siren Stone” was a finalist for a 2004 Prix Aurora Award, Canada’s science fiction award. Its sequel, “Transubstantiation”, won the 2006 Prix Aurora Award for Best Short-Form Work in English. His first dark fantasy story, “Seventy-two Virgins”, was published in the anthology Thou Shalt Not in September 2006, and his novel The Moon Under Her Feet was published in 2007. In addition to writing fiction, Derwin also wrote articles about anime and East Asian pop culture for Parsec and RicePaper magazines.

His stories are known for their intriguing characters, who range from tiny insect-like aliens in “The Snow Aliens”, a Roman Catholic priest-engineer who quotes Martin Luther in The Moon Under Her Feet, and a teenaged girl in a Catholic schoolgirl uniform who thinks she’s Jesus in “Transubstantiation”. Curiously, “Transubstantiation” has become popular reading among young Jesuits in training at a Jesuit residence in Toronto.