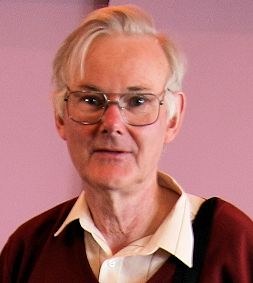 Dr. David Stephenson is a space physicist who came to Canada in 1970 and studied the aurora and winds in the high atmosphere at the University of Saskatchewan. In 1979, he moved to Germany to build systems for a deep space probe. When the project was canceled he spent a year as a consultant to Lloyd’s space insurance in London before returning to join the Geological Survey of Canada. He was downsized to genteel poverty and moved to the village of Merrickville, south of Ottawa, in 1990. He now writes unaccepted novels, grows rhubarb and talks to the world with a Morse key.

His publications include twenty reviewed papers, editorials in the Interdisciplinary Science Reviews, various articles and reports and the “Ulysses Speaks” satirical column in Canadian Research. He is a frequent panelist at science fiction conventions across Canada and at Worldcons.