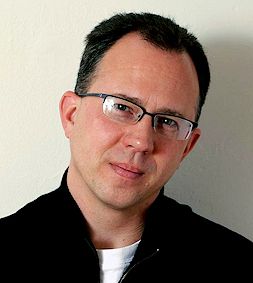 Michael Martineck’s latest novel is The Milkman, a murder mystery set in a world with no governments.  It was awarded a gold medal from the Independent Publisher Book Awards and was a finalist in the Eric Hoffer awards.  His last novel, Cinco de Mayo, was a finalist for the 2010 Alberta Reader’s Choice Award.  He has written for DC Comics, several magazines (fiction and non-fiction) the Urban Green Man anthology and two urban fantasy novels for young readers.  Michael has a degree in English and Economics, but has worked in advertising for several years. He lives with his wife and two children on Grand Island, NY.